Straffe Hendrik is a Bitter Tripel Ale of 9% abv. The beer was originally from Bruges and brewed in Bruges by brewery De Halve Maan. 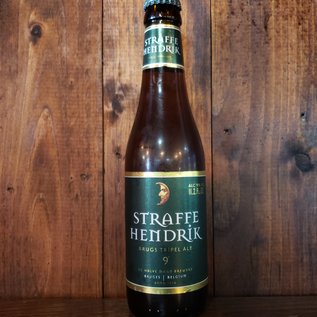 "In 1981, Henri Maes and his daughter Véronique followed the demand of the mayor and created a strong blond beer for the inauguration of the statue of Sint-Arnoldus, the saint of all beer-brewers. However, the beer became so popular, that the demand for the beer continued. It was given the name of Straffe Hendrik (Strong Hendrick), since it was a rich and strong beer.
Today, Straffe Hendrik is the last authentic Tripel Ale of Bruges"