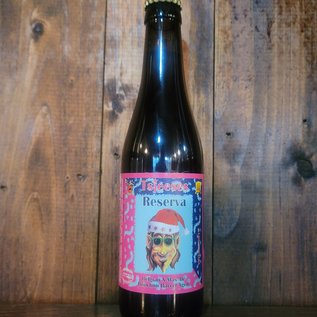 "Tsjeeses was brewed for the first time in 2004 but not under that name because we didn’t find a name yet. Different code names like "Dangerous Blonde”, “New Years Blond” were used in 2004 and 2005. While brewing the same beer in 2006, our team got so hit by the beer, at a certain point, somebody said: “Tsjeeses what a great beer”. This batch was Maker’s Mark bourbon barrel aged. This version is probably going to go in history as the best Tsjeeses barrel aged version yet."