Three women who met through beer: Maíra Kimura, Yumi Shimada and Fernanda Ueno. Our brand emerged unpretentiously amid bar conversations, gatherings and beer festivals. This union occurred precisely because, within this universe, we identified our similarities: we were some of the few women and, coincidentally, also some of the few descendants of Japanese in the branch. We decided then to unite to, in addition to seeking our origins, to show that women can also and should participate in environments that are generally considered masculine, proving more and more that beer has no gender.

Each of our creations is the result of a search for our ancestry and this mixture so rich in aromas, flavors and culture, with recipes that celebrate the union between Brazil and Japan in a contemporary way, without clichés or pre-established ideas.

Japas is a term widely used in Brazil to describe us, since we are descendants of Asians. And that happens even without asking our permission. We decided to resignify and appropriate this adjective. After all, if the place of speech is ours, the word must be also, right? So, let it be used with pride and to represent who we are: Japanese-Brazilians. 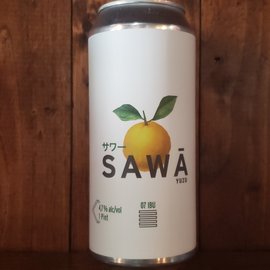